The Garden and Loss of Cynicism 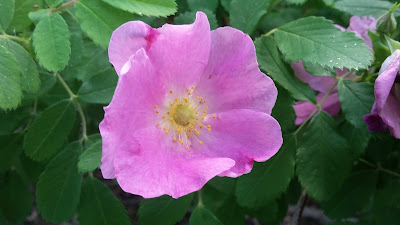 This month I have been learning not to be so cynical.  I had a blog post mostly written before I personally experienced something that made the lesson even more real to me, and so I decided to completely frame this post in a new way.  Before I get into what that experience was, I would like to explain the nature of my cynicism.


The Source of my Cynicism


When I look at the world, I don't just see the good or the bad parts of it.  I see all of it, and I have a decent memory.  Today I walked outside to and from work in the beautiful sun and heat (I live in a part of Alberta, Canada where nice weather is often a big deal), and I smiled.  But when I look at the news, I see death; when I look at my Facebook feed and talk to my friends, I am shown the pain that broken relationships bring; when I look at my own life, I am faced with my own vices and depravity.  I take it all in when I make judgements about the state of the world.

I take it all in, and see the singular thing we can be most certain of is that we will one day die.  There will come a time where we will cease to be able to enjoy the nice things we have on this planet.

What about my Christianity?  How could I be cynical as a Christian?  After all, my life is lit by the light of God's love for me, and His desire for all the people in the world to follow him.  God gives my life purpose, and I see that all of our lives have purpose.  I see my destination is in Paradise.

But being a Christian does not make my life any easier to live.  So while I may not be cynical on a spiritual level, I was having a hard time not being cynical on a physical one.

Most Christians I know do not see their lives in such painful terms.  The example Jesus left for us to follow is so counter to the way the rest of the world operates that it shouldn't be surprising when we either don't get very far by the world's standards or even look backwards to the rest of the world.  After all, putting others before yourselves may give you a lot of internal satisfaction of doing the right thing, but less external rewards.  Plus, when the world sees a sin as acceptable behaviour, you're not going to become very popular by openly taking God's stance on the matter.

When sin entered the world, the world became hostile to mankind, and even more hostile to those who put primarily spiritual values above physical ones.

You might now image my confusion when reading that God commanded Noah and his sons to be fruitful, multiply, and fill the world (Genesis 9:1;7).

If sin came into the world because mankind (Romans 5:12), and the more mankind fills Earth, the more conflict seems to arise (literally the first murder was done by the first person born in history), why would God want us to multiply?  Wouldn't that make the problem worse?


Genesis 1:27 says that God made man (male and female) in his image.  Even though God saw everything in his creation and called it good (Genesis 1:31), it was only mankind that was made in the image of God.

I found that the illustration that was the most helpful in explaining what it means to be made in the image of God is to see ourselves as mirrors.  We are meant to reflect God's glory.  When sin, and thus all the things that makes one like me cynical, entered the world, we became broken mirrors.  The picture of God that we started reflecting became distorted.  It's easy to see the broken, distorted mirrors and grieve at the painful, ugly things that they are.  And yet, even distorted, we are still mirrors, we are still made in the image of God, and so we still reflect a bit of God's glory.  And even the smallest portion of God's glory is a beautiful thing.

I recently had a death in the family:  my Opa (Dutch-grandfather).  As a result, I made a trip across Canada to Ontario attend a funeral.  During that trip I also had the privilege of attending a wedding as well.  Both funeral and wedding were beautiful in their own way.

Love is a beautiful thing.  As a single man, I don't often find myself spending too much time looking at romantic love or the beauty that it is.  I'm happy being single, but I will freely acknowledge that there's probably no physical pleasure greater than what comes out of a healthy romantic relationship.

A romantic relationship provides an astounding example of love.  Love is such a beautiful thing, and when God said for us to multiply and fill the world, love wasn't an accidental by-product.  He intentionally made man and woman so the pleasure of romantic love between two human beings could be fully known, and a natural result of this love being most physically realized is new life:  new image bearers of God; new mirrors.

I watched as my cousin got married and I couldn't help but rejoice at the beautiful thing her union with her new husband was.  I felt humbled by their openness and desire to have many other people share in their joyous marriage by being present and witnessing it, many people including myself.

My Opa lived a life of spreading that love and beauty.  He loved is wife, and out of that love sprang up new life, including the life of my mother.  He loved his neighbours, both near and far.  When people arrived to mourn his death, I couldn't help but notice that although there were tears, the atmosphere seemed to be one of joy.  It wasn't just the joy of knowing Opa was no longer in pain and that Heaven was what awaited him next in his life.  It was also the joy of being part of the legacy that he left.

Opa loved to have a garden.  I can't imagine the work that he put into that garden, but I visited often enough to see that his yard was always filled with beautiful plants and flowers.

Opa's flowers were used to hep us remember him.  As I looked at the sign that went with it that read "Opa's Garden," I couldn't help but think of the people around me at that moment as also "Opa's Garden."  As a result of a life well-lived, I was surrounded by family - even family that I didn't know that I had - that were loving and beautiful people.

This, I thought, is what God had in mind when he said to be fruitful and multiply.

We are no longer living in the Garden of Eden.  The work that it takes to create a good life is hard.  But the result is a beautiful thing.

Perhaps it would be nice to end this post there.  Because we are broken mirrors, however, I feel that I must say more.


Broken mirrors create distorted reflections of truth.  I can't use the terms "loving," and "beautiful" without also defining those words.  What one person sees as beautiful is not the same as what another sees as beautiful.  And in a world of broken relationships, it's obvious that we as a society don't know what love truly is.

Can we even know what love is?  Is there a way that we could call something beautiful and have that stand true apart from our own opinion?

The death of my cynicism depends on love and beauty being real things.  The only way for that to be the case is if God was the source of our definitions of those words, because God cannot be wrong (and if God could be wrong, how could we have any assurance that we are right?).

When God finished creating, he called his creation "good."  God loved the world (John 3:16) and that is why he did something as extreme of coming among us and sharing in the pain of this broken world.

I don't know if I will ever be fully rid of my cynicism in this life.  But now that I see that God made both mankind and the rest of creation as beautiful things, even on a physical level, and that I am both a product and recipient of his love, it will be easier for me to welcome Him and everything He has in store fore me in life with open arms.
Posted by Stephen Selke at 22:05